On Friday we took A took soft play. It was my wife’s last weekday of maternity leave and she was determined, despite the blizzards, to make it a good day. So off we trundled for a nap walk that, timed well, would end just as we arrived at a soft play in Angel.

As luck would have it, the gods of naps were with us and we arrived a few minutes after A woke up so we didn’t have to withstand the barrage of screams that have accompanied wake ups with the rain cover down in recent snow storms.

The setting was a large church hall set up with lots of soft play equipment, ball pools, and those red plastic car things that kids sit in. There was an entrance fee of £5 which my partner informed me was a good price to pay (my Yorkshire roots emerged and had me grumbling about the cost).

A was mesmerised. At home she has been causing havoc with her new crawling skills, moving faster than you would believe towards anything she shouldn’t have. But at the soft play there was so much to look at, so many children playing, walking, running, climbing and doing so many things that A can not do yet that she sat in total awe for a while before she could begin to contemplate playing and then totally refused to crawl in this strange new environment. (She is getting better at exploring new places. Saturday saw A and me at a stay and play for dads and children and after a little while she crawled there.) 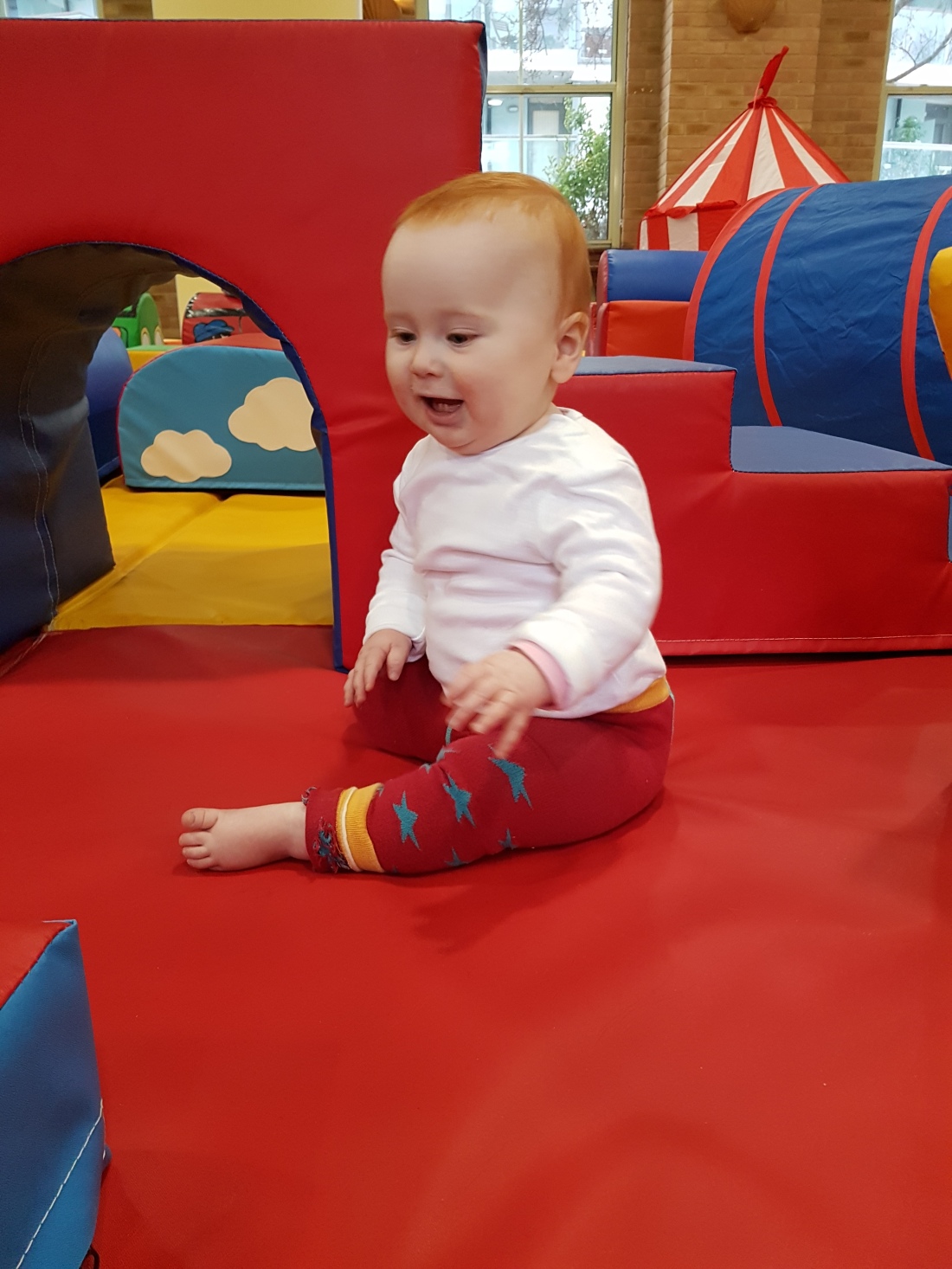 Once she plucked up her courage she found that she really loved going in the ball pool, where we chatted to another baby and her dad. A also enjoyed the air shooting out of the bouncy castle and the plastic red cars that, at an older age, children can scoot along using their legs. A enjoyed being regally pushed about. (When she wasn’t trying to eat the steering wheel.)

A really enjoys getting out to things like this and exploring new environments. As she grows in confidence and mobility, I hope to take advantage of these things more often.

The other great thing about going to things like this is that it totally tires her out. After the soft play the three of us headed to our local Bills for what was to be a quick coffee before heading home. It of course, in the great style of my wife and me with any time on our hands near a restaurant, became brunch. A was her usual charming self, she loves restaurants with the people, colours and busyness. The food was fairly standard but it gave us an opportunity to fuel A up before heading home. 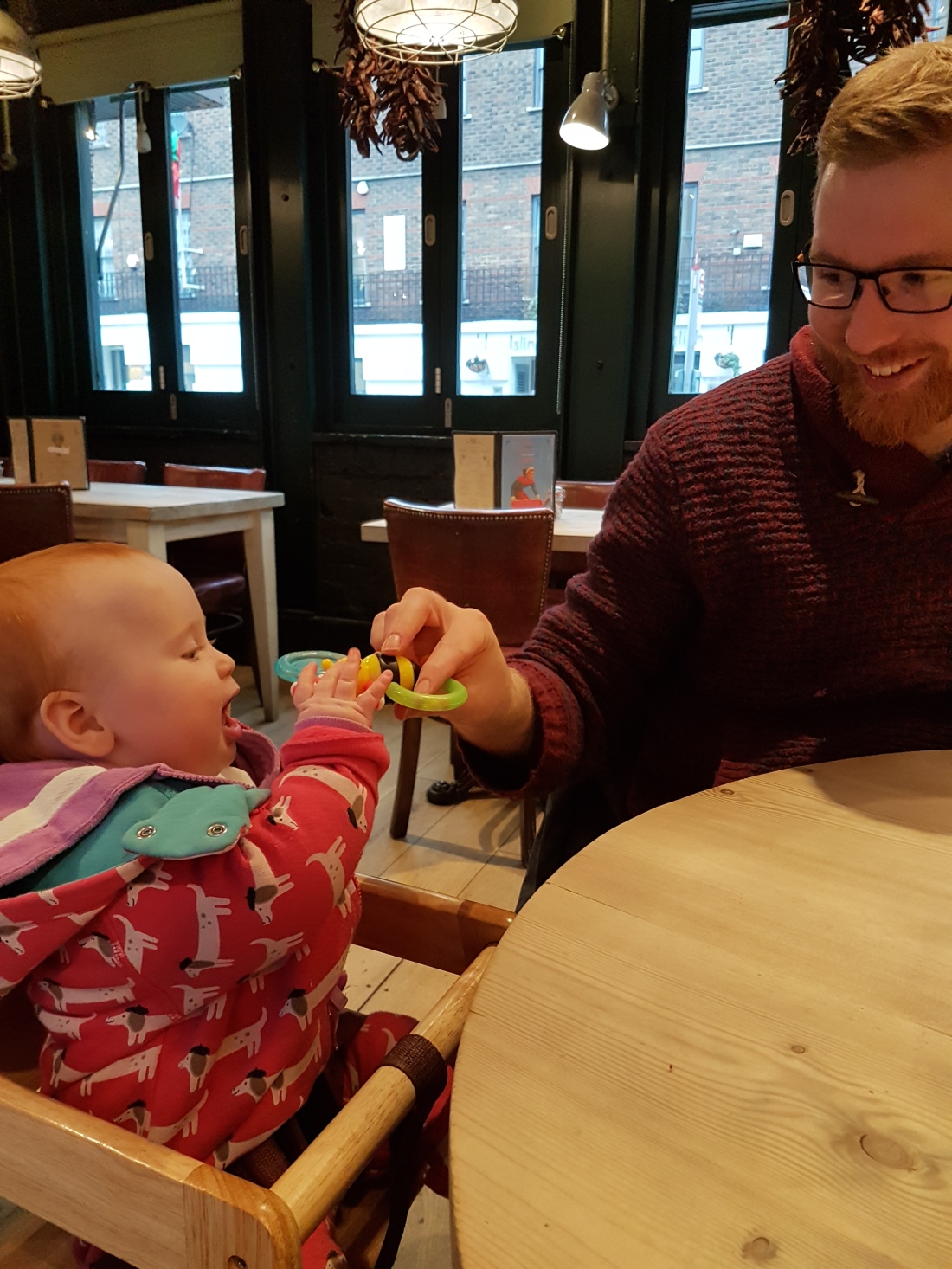 This worked so well in fact that A had another nap on the way home and then continued her crawling practice for most of the afternoon.

Whilst this was not exactly the cheap, simple trip out it was meant to be at the start, it actually turned out really well. A got to experience a new place, my wife and I got to have a meal out, and we got two naps for the price of one trip outdoors. A real success in my books.

Well, A has fallen asleep on her mum (employing her unique ability to get A to nap indoors) so it’s time to pop out to the shops and hunter gather some dinner. Until next time.