Today was cold. As I write this, the ‘Beast from the East’ is blowing snow through London, much to A’s fascination when trying to eat her dinner and total aggravation when trying to go on walk to find naps. This has got me thinking about sleep, or sometimes the lack of it as the case may be.

A, like most babies, (or all?) sleeps in two ways: naps and night sleep. For A, naps are exclusively in her pram now breast feeding to sleep in the middle of the day  has ended as Abi is soon to return to the world of work and I am without the right parts to continue this. Night sleeping for A is more complicated.

When she was young, and life was so wonderful…

A used to sleep so easily. All the time. Anywhere. She slept in restaurants, on walks, at home, on her mum after a feed, in her Moses basket (a particularly adorable antique with a hand made lining that her doting grandfather created before her birth). 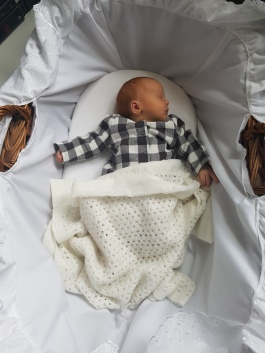 She was so cute and small and fit in that basket for about 2 months!

Once she outgrew this, she was into her cot next to our bed. This was a tricky sleep time with lots of getting ups, soothing, putting down and ending with us co-sleeping which in reality meant no sleep for anyone other than A. We lasted like this for a good few months, probably (with hindsight) too long for ourselves but all the sleep training stuff felt wrong to us and didn’t fit our style.

And then we cracked…

After Christmas, having returned from Yorkshire, and co-sleeping constantly at my parents flat, we decided enough was enough. My wife’s return to work was growing nearer and sleep was getting more and more elusive. So into her own room Agatha went. It was tricky, it was emotional, there were tears (mostly mine) but in she went. It took time, it took a week of pick up, sooth, put back in her cot. It took camping out but, after much less time than we had anticipated, she was sleeping in her own room. In her own bed. Without us. In fact she was sleeping better in there than she had been when co-sleeping in the last few months. We suddenly got our evenings back (as long as we moved silently and kept the lights low). My wife and I watched things on Netflix again and went to sleep super late (maybe even 9pm!).

Back to today, Beast from the East in full blow. A managed to sleep in her cot last night, in her own room, but with lots of pick ups and resettling. Her first nap is usually an hour and a half after she wakes up and I was not not looking forward to walking through a blizzard in the hope of finding sleep. But salvation arrives in the form of breasts. A has a feed when she gets up and is changed and today she fell asleep while feeding which is not that unusual but today she kept sleeping. I took over holding her from my wife after half an hour and A kept on sleeping. She slept for another hour! Her whole first nap, at home, in the warm! What a treat! In fact, A managed to time all her naps to coincide with breaks in the blizzard. We had two more naps today and didn’t get snowed on at all. 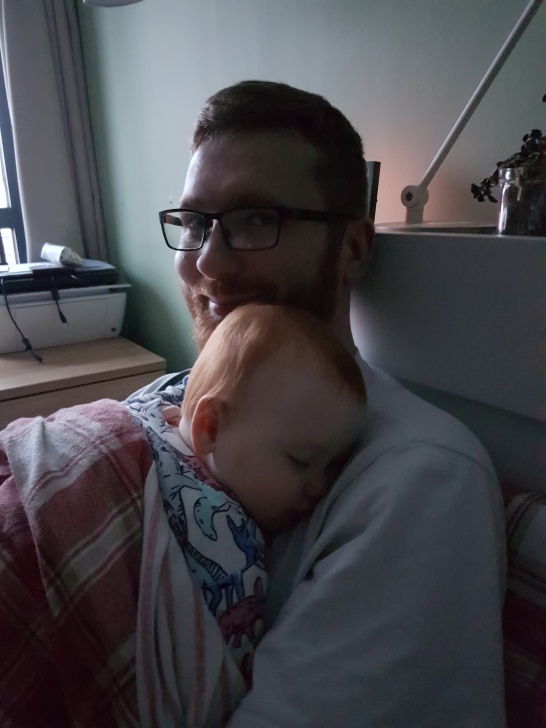 We didn’t manage to make it to Baby Cinema at Screen on the Green today so I will have to tell you all about that another time.

Anyway, it’s time to make some dinner and hope against hope for a good nights sleep tonight. Until next time.